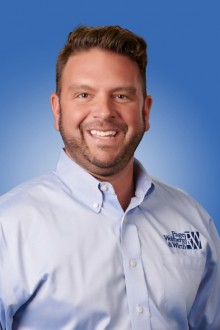 Ryan Stark is a Managing Partner with Page, Wolfberg & Wirth, and is the firm’s resident “HIPAA guru.”  He counsels clients on labor relations, privacy, security, reimbursement and other compliance matters affecting the ambulance industry.

Ryan started in the healthcare field as a freshman in college, where he worked for a local hospital and a neighborhood pharmacy.  After college, he decided to become a lawyer, hoping to guide healthcare providers through the demanding legal issues they face.  He has been with PWW since 2007, fulfilling that ambition.  During law school, Ryan interned for a non-profit hospital and he clerked for the Pennsylvania Department of Health.

Ryan is passionate about educating EMS professionals and loves collaborating with providers and CEOs alike.  He is a featured speaker in PWW seminars and webinars, including the firm’s signature abc360 Conference, where he hosts the abc360 Game Show.  Always enthusiastic, Ryan has been invited to speak at many state and regional EMS conferences, as well as national industry events.  He is also an adjunct professor at Creighton University in the school’s Master of Science in Emergency Medical Services Program.

Ryan developed, and is the primary instructor for the nation’s first and only HIPAA certification for the ambulance industry – the Certified Ambulance Privacy Officer.  He also co-authored PWW’s widely used Ambulance Service Guide to HIPAA Compliance.

In his free time, Ryan volunteers with local community nonprofit organizations.  He was also a Big Brother with the Big Brothers Big Sisters program for over a decade and keeps in touch with his “little.” Ryan also enjoys hiking, running, kayaking and traveling, and spending time with his family.