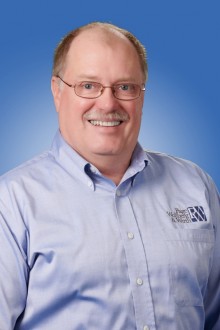 Steve began his career in the EMS industry in 1985, gaining valuable experience while serving as an EMT and later as Director of a municipal ambulance service in Minnesota. As an ambulance service manager, Steve established his expertise in areas of operations, billing and administration.

Steve also has significant EMS educational experience. He established and served as Training Coordinator and Lead Instructor for a State Certified EMS Training Institution for EMTs and First Responders.

Steve served on both the Rules Work Group and the EMS Advisory Council to the Minnesota State Department of Health.

He joined the staff of a large, national billing and software company, where he was a frequent lecturer at national events and software user group programs. For over seven years, Steve served as Director of a national ambulance billing service and was responsible for all aspects of managing this company, including reimbursement, compliance and other activities for ambulance services throughout the nation.

Steve served as founding Executive Director of the National Academy of Ambulance Coding (NAAC), overseeing all activities of the Academy, including the Certified Ambulance Coder program, the nation’s only coding certification program specifically for ambulance billers and coders.

Steve is also a licensed private pilot, and enjoys an active role in his church.